PR Work for Kerala CM Pinarayi Vijayan Turns Out to be a Flop: Becomes a Joke on Social Media

The billboard message thanking Pinarayi was not any official endorsement as communists activists of Kerala thought but the PR work of someone associated with CPI(M).

Thiruvananthapuram: When CPI(M)’s mouthpiece ‘Deshabhimani’ newspaper published a story of Kerala Chief Minister Pinarayi Vijayan’s name appearing on a billboard in Melbourne, Australia, it was touted as an endorsement of the CM by a foreign country. However, when the truth was out, the whole PR work became a butt of joke on social media.

Deshabhimani published a report about a billboard showing ‘Thanks Pinarayi’ in the city of Melbourne in Australia. According to the newspaper, the billboard is on the building owned by mobile service provider Telstra. However, the newspaper had no clue that it was just a  media stunt by a private company aimed at attracting more customers and published an article as if it was an official approval of the Kerala government.

Most of the communist workers believed that it was the endorsement of their hero by a foreign country. However, the happiness was short-lived, as the truth quickly kicked in.

On April 16, 2020, Telstra had launched a #saythanks social media campaign.

“To help show gratitude to the everyday heroes helping us get through these tough times, we’re opening up our Bourke St billboard to the nation to share a message of appreciation.  Simply text 0484 842 657 with “Thanks __ for __” and #SayThanks to your heroes!”. 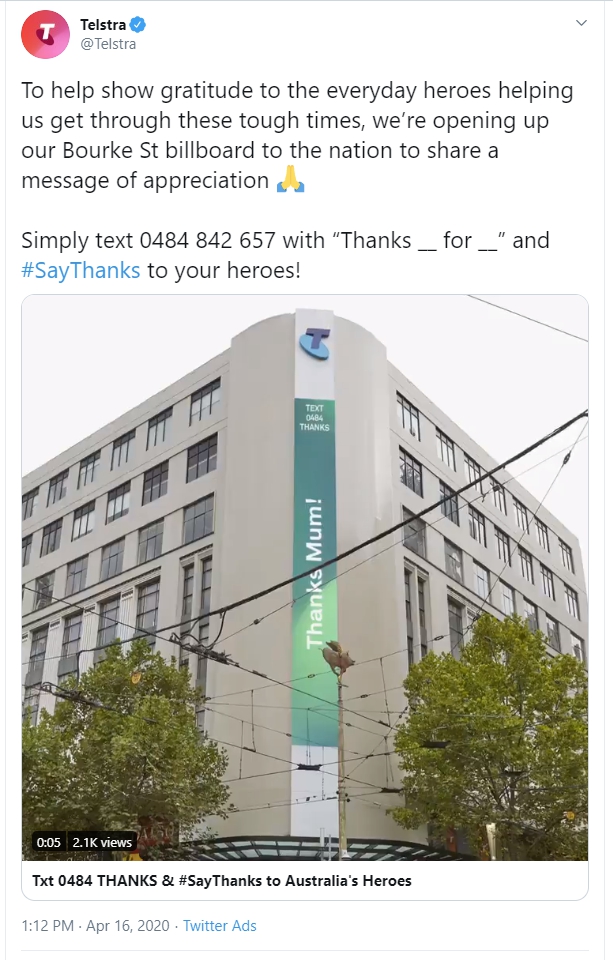 Anyone in Australia could thank a health worker working in the frontline of COVID-19 fight, or anyone for a small deed of help like picking up groceries or running an errand. They also gave a number on which we could send a text naming the person to whom we are thankful.

Once the name appears on the billboard, the company would take a photo and send it to us. This photo could be posted on social media.

So, the billboard message thanking Pinarayi was not an official endorsement as communists activists of Kerala thought but the PR work of someone associated with CPI(M).

Soon, hilarious jokes became doing the rounds appeared on social media. Many posted other photos of thanks on the same billboard. Someone even posted a photo of ‘Thanks Mom’ which appeared on the billboard. Apparently someone used the campaign to show thankfulness for their mother.

Pinarayi Vijayan’s public relation work is on hyper mode to project his image as an efficient Chief Minister and often comparing his leadership qualities with the likes of Yogi Adityanath. Pinarayi’s PR is now trying to protect his name from being dragged into a data theft accusation. The opposition leader on 10 April accused Pinarayi for allowing an American based company, Sprinklr, to steal health data of 1.7 lakhs of Keralites using the cover of COVID-19 crisis.

Shouting out our heroes with the #saythanks billboard

Many have took to Facebook to expose the PR media stunt of the Chief Minister.

My Head Hangs in Shame: Chancellor of Maulana Azad National Urdu University Apologizes to PM Modi on Behalf of Muslims in Quarantine who are Misbehaving with Health Workers